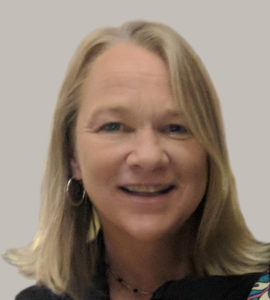 While researching the new 4MedPlus CMS Fraud, Waste and Abuse compliance course, I spent a good deal of time reading through case studies on this informative and disturbing FBI website: https://www.fbi.gov/investigate/white-collar-crime/health-care-fraud/health-care-fraud-news.

When I started this project, I didn’t even realize this web page existed and now I am a weekly visitor. I am sincerely fascinated at the brazen attempts by so many, to steal from medical providers and patients. In the first half of December alone, there were eight major cases listed, resulting in fines, suspensions and incarceration.

It was one of these recent stories that really shocked me. The perpetrators were sentenced to prison (rightfully so) for their participation in a $30 million scheme to defraud Medicare and the New York State Medicaid Program. A coordinated effort on the part of a successful business owner, a physician and an occupational therapist which involved falsifying records and submitting claims for reimbursement for patients that didn’t even exist. It went on for years and in the final 3½ years of the scheme, the doctor saw no patients at all. He simply falsified stacks of phony medical records stating that he had seen and treated such patients. Seriously?

Another surprising report outlined the case of a health care benefits program for retired NFL players which was charged with nationwide fraud. The scheme involved the submission of false claims to the Plan for unnecessary expensive medical equipment – typically between $40,000 and $50,000 for each claim – that was never purchased or received, depriving that plan of valuable resources to help others meet their medical needs.

The Centers for Medicare and Medicaid Services (CMS) defines fraud as “the intentional deception or misrepresentation that the individual knows to be false or does not believe to be true, and that is made knowing that the deception could result in some unauthorized benefit to himself or herself or some other person”. Billions of dollars are stolen in this manner annually with more than 10 percent of the programs total budget lost to fraud, waste, abuse and improper payments.

This is money not only pilfered from the U.S. government, but also taken from every law-abiding taxpayer. This type of fraud ultimately translates into higher premiums and out-of-pocket expenses for consumers, as well as reduced benefits or coverage. According to the National Health Care Anti-Fraud Association (NHCAA), Medicare/Medicaid fraud in its most damaging form can result in negative physical consequences for patients as well. This occurs when healthcare professionals and agencies perform unnecessary or unsafe medical procedures just to increase their billing amounts. Depending on the procedures, the damage to the individuals involved can be financially and physically devastating. 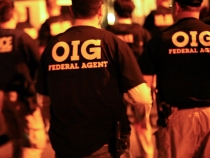 WHAT IS THE GOVERNMENT DOING?

Medicare Fraud Strike Force Teams have been created to harness data analytics and leverage the combined resources of Federal, State, and local law enforcement entities to prevent and combat health care fraud, waste, and abuse. Strike Force teams bring together the efforts of the Office of Inspector General, the Department of Justice, Offices of the United States Attorneys, the Federal Bureau of Investigation, local law enforcement, and others.

These teams have a proven record of success in analyzing data and investigative intelligence to quickly identify fraud and launch successful prosecutions. Strike Force teams have shut down health care fraud schemes around the country, arrested more than a thousand criminals, and recovered millions of taxpayer dollars since 2007.

WHAT CAN HEALTHCARE CONSUMERS AND CONCERNED PROVIDERS DO?

As a healthcare consumer, it is important to protect Medicare/Medicaid numbers and health records. Also, be aware that if a provider suggests a way to receive benefits for equipment or a service that would normally not be covered, that could be a red flag. Additionally, if a provider is pressuring for tests or other services that seem unnecessary, ask for a second opinion from another physician.

As a consumer or provider, if you have information showing that someone has committed fraud, then you may be able to bring a qui tam lawsuit under the federal False Claims Act or similar state laws. Through the qui tam lawsuit, you could help investigators and the government recover funds paid in fraudulent claims. Billions of dollars have been recovered as a result of information provided by qui tam whistleblowers in fraud cases committed by hospitals, nursing homes, LTCs, pharma, equipment suppliers and medical practices. A whistleblower who brings a successful qui tam lawsuit will receive between 15% and 30% of the amount that the government recovers!

Compliance requirements established by CMS, mandate that employers provide Fraud Waste and Abuse awareness training to all employees within 90 day of hiring and annually thereafter. 4MedPlus has just released an excellent comprehensive course which meets all onboarding and annual requirements. Click this link to review FWA course detail. 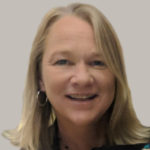